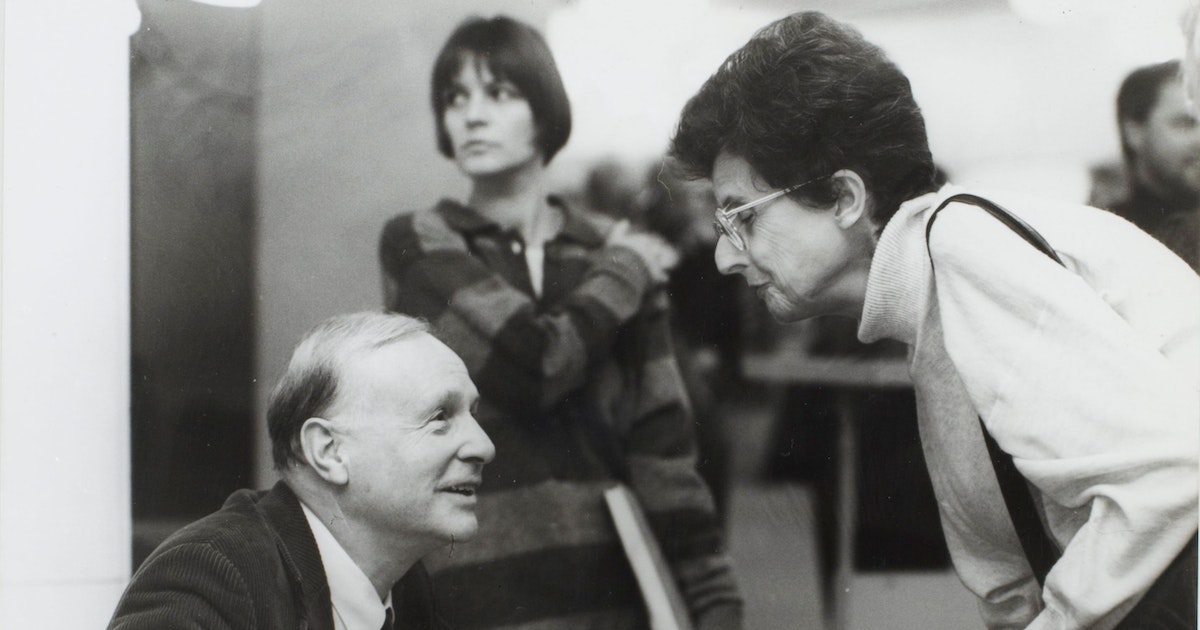 The Great Hall of the Academy of Arts on Pariser Platz is packed except for the galleries. The age of the audience that came to the opening of Gerhard Leo’s archives ranged from preschool children to those who needed a cane. He was a Jew and a Communist, joined the Resistance as a young man in occupied France, and worked for the ADN news agency in the GDR. His life from 1923 to 2009 could mark a torn German 20th century.

At 7:00 p.m. it is still bright and warm, as if it was summer in Berlin. We still have May. In her welcome speech, Gabriele Raecke, head of the Literature Archives at the Academy of Fine Arts, points out that this is the tenth and therefore exceptional date. On that day in 1933, not far from here (and in several other German cities), the National Socialist student organization organized the burning of “non-German” documents. At that time, Gerhard Leo’s father, a lawyer, was imprisoned in the Oranienburg concentration camp. He was released again in August 1933 and he and his son fled to Paris, and the rest of the family left later. Gerhard Leo was then ten years old.

In an excerpt from the film at the beginning of the evening, Gerhard Leo briefly talks about the Franco-German bookstore Lifa (Librairie Franco-Allemande), which his father founded. Many emigrated authors read their manuscripts there, such as Lion Feuchtwanger, Anna Seghers, and Walter Benjamin, and their voices were part of his growing up.

Gerhard Leo reported on the Eichmann trial in Jerusalem

In her lecture, Gabriele Raecke follows how he became a writer himself. At least two early versions of his autobiographical book, Frühzug nach Toulouse, have been lost, as evidenced by the correspondence and notes on the estate. But even in the last available manuscript, it is clear how Leo worked on the arc of suspense. He was an experienced journalist for a long time, and the book was released in East Germany in 1988. The archive mainly contains material on his work for ADN, Das Neues Deutschland and other journals from historically significant places. Gerhard Leo participated in the uprising in Hungary in 1956, covered the Eichmann trial in Jerusalem, the US-Vietnam peace negotiations, and the Paris riots in the spring of 1968, then worked as a correspondent in Paris from 1973 to 1984.

His grandson, writer Maxim Leo, still known to readers of the Berliner Zeitung as a columnist and reporter, said in the evening: “When I was a child, my grandfather was visiting the West. I combine his stories about the guerrilla fight in France with the taste of Milka chocolate ”. He, born in 1970, also acts as a modern witness. His book Keep Your Heart Ready. Eine Ostdeutsche Familiengeschichte ”, published in 2010, is a personal, but not private, account of the coups that have taken place over the decades. He reads an excerpt from it, the audience laughs gratefully, because Maxim Leo knows how to set the punch line. The socialist state of the GDR was actually a dream come true for Gerhard Leo and his friends in the resistance against the Nazis. Many refused to admit that he was in fact repressive himself.

How politics worked in the family of Gerhard Leo

Frühzug nach Toulouse reappeared after German reunification, but is no longer available today. All the more valuable is that Ulrich Matthes is reading a long excerpt from it, almost a bit too long – because there is not enough time for discussion on the podium. The Academy of Fine Arts found several antiquarian copies of the book. It is for sale in front of the hall, for example, next to the “Child from the List”, a reconstruction of the story of a boy who had to die in the Buchenwald concentration camp in place of the rescued Jew Stefan Jerzy Zweig by prisoners. You might think that this is something completely different. But it all belongs to itself. First, because this book was written by Annette Leo, Gerhard’s daughter and Maxim’s mother. She is a historian and worked as a journalist for a while, like her father. At one point, she was no longer able to share her father’s friendly view of the GDR. And that’s why she also fits in with the discussion about Gerhard Leo.

She wrote the text for the evening that she would recite. This reflects the father’s multiple involvement in the 1961 trial of the former German SS-Obersturmbannfuhrer Adolf Eichmann in Jerusalem. Leo was there as an “observer, modern witness and victim,” also with a clear mandate from his clients. In his notes, the daughter stated that he paid less attention to the investigation of Eichmann’s crimes than to any signs of continued Nazi activity in the Federal Republic. How difficult could that be for him? He left it in his letters home. When asked by the moderator how Annette Leo experienced the reaction of people in East Germany to her father’s book, she replied that she did not remember her well. Their views were too different then. In this way, politics influenced families.