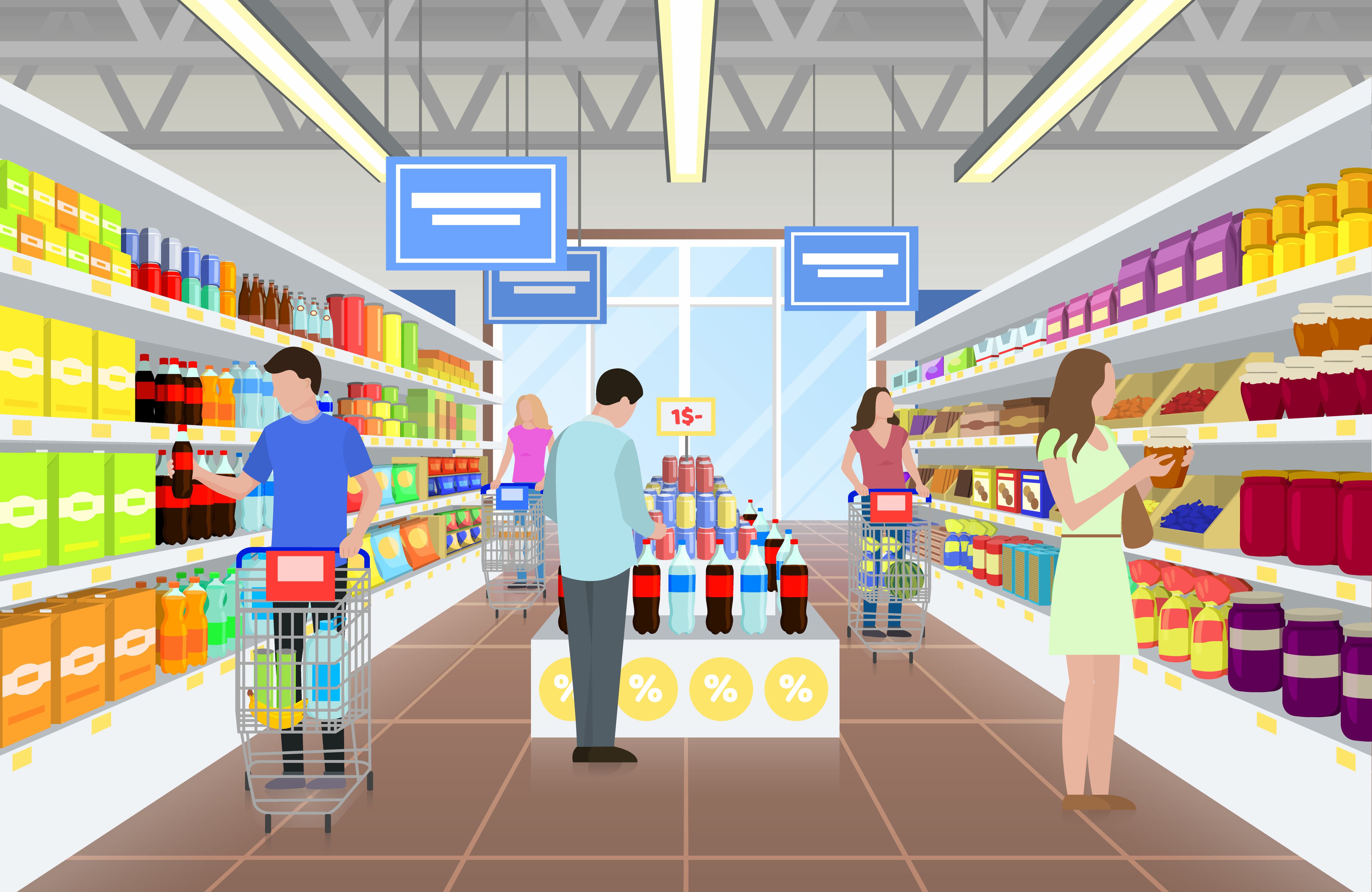 We kept our eyes open again in May when we went shopping in the world’s supermarkets. In the Point of Sale series, we introduce every month new smart packaging that can be found in the supermarket around the corner or on the shelves when you are on vacation abroad. Get inspired. 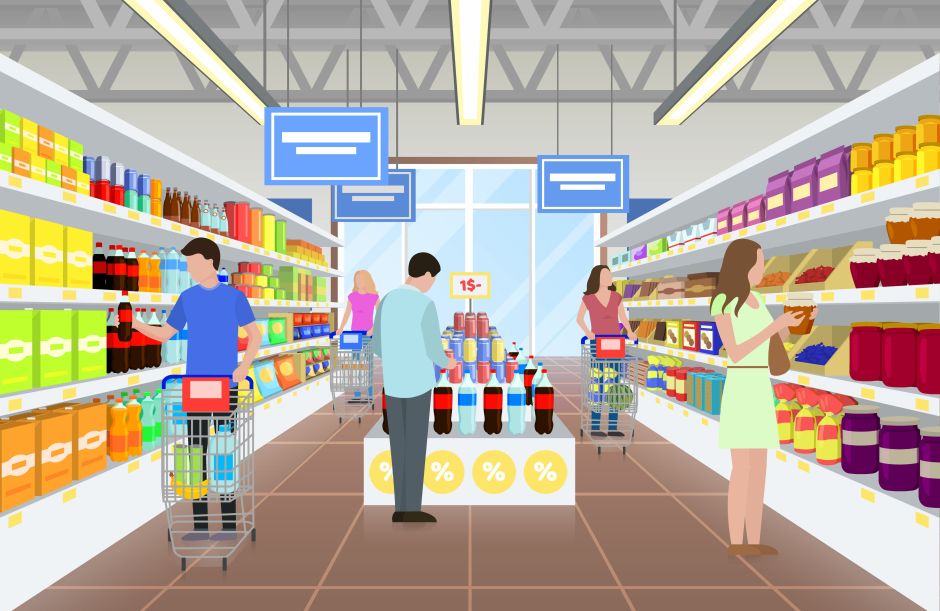 For the 70th in shiny aluminum foil

On Easter 2022, Lindt & Sprüngli will celebrate the 70th birthday of the golden bunny. Everyone knows a hollow chocolate figurine wrapped in gold foil with a red bow and a bell around the neck. On the occasion of the anniversary, a limited edition of glamor in foil with a glitter effect is now available. These two can be seen in the photo various color variants of 200 g and another novelty for Easter. Under the name “Big Easter Mixture”, Lindt & Sprüngli places 200 g of various Lindt products in a stand-up bag that looks like an Easter basket. Appropriate cut, an imprint with a window and appropriate sealing seams give the bag its shape and appearance.

The decision of the consumers on the store shelf on which product to buy is made in a matter of moments and on the basis of small details. The well-known producer of juices and cocktails True Fruits GmbH from Bonn relies on the limited edition no. 4 marked product “Golden Shot” with a provocative name and effective packaging. The product promises, among others thanks to the juice of 17 acerola cherries more vitamin C than the human body needs and can process on a daily basis. Corresponding to the image of the True Fruits brand, the directly printed glass bottle contains a 99 ml shot, which can be stored chilled. The bottle is closed with a shiny golden cap with recesses for better gripping by the consumer.

Taste yourself back through Haribo

1922 to 2022, the 100 years of Haribo Goldbären, which were sold under the name “Tanzbär” from their invention in 1922 until around 1960. Tanzbären were fruit gums in XXL format and were sold in pieces as items for pennies. In the late 1950s, the shape and size of the fruit gums were changed and the name was changed to “Goldbär”. For its birthday, Haribo has released the “Childhood Knaller” edition of the golden bear, which aims to restore the taste sensations from childhood. The limited edition features the golden bears that follow Taste cherry lollipops, cotton candy, jelly, soda, cola orange and chewing gum. 200 g fits in a pouch packaging that has been in use for a little over 60 years and is now typical of a brand that has been carefully adapted to the times since then.

Organic strawberries in a cardboard tray

The different types of berries are considered to be very sensitive to storage and transportation. In the context of sustainability, Rewe has changed the packaging or adjusted the specifications. The company sells 300 g of organic strawberries in a glued, conical, rectangular brown cardboard bowl under the brand name “Rewe Bio”. The bowl is sturdy enough to protect the strawberries from pressure, and has holes in the long side wall to ventilate the fruit. The top of the tray is swung outwards to form a sealing edge for attaching a clear plastic sealing film. The coating can be opened at this edge, whereby the cardboard layers are partially detached. A small self-adhesive label contains all the data and gives you a direct view of the fruit.

After the burgeoning cocktail and shot market has been largely shaped by little newbies – which are now well-known brands like Innocent and True Fruits – big juice makers are now trying to place their brands there. The most recent example is the vegan Super Shots from Eckes Granini Deutschland GmbH, which are marketed under the brand name “Hohes C”. The two variants, Immune and Antiox, which do not need to be refrigerated, are believed to be beneficial to health and contain no preservatives or added sugar. Each bottle is 330 ml – according to the manufacturer, this corresponds to five servings for five days – in brown bottles 100% PET recyclate bottles. Perimeter paper labels provide ingredient and product information.

With the start of the sale of “Stark & ​​natural”, Henkel introduced two new products to Pril. In addition to using 93% ingredients of natural origin and food-approved dyes and fragrances, the 100% recycled bottle is equipped with a lockable pump dispenser as a first step in development. The filling volume of the bottle is 420 ml. As a second solution, a supplementary bag for Stark & ​​Natura is offered, which is available in two versions – Apple Blossom and Aloe Vera or “fragrance free”. This saves around 70% of plastic compared to buying a new bottle. At first glance, the handbag is recognizable as an insert for this Pril variant. The bag also contains 420 ml. The bag has a removable pouring spout for easier pouring.

For the company Underberg, which was founded in 1846, 2021 celebrated the 175th anniversary of bitters production. Today’s packaging classic for Underberg, a small portion of a 20 ml bottle wrapped in brown kraft paper, was launched in 1949. In addition to being sold individually, several bottles – usually twelve – were always grouped together as a decorative box to collect. From the beginning of 2022, a can with the motif “Famous ladies of those times” – today’s famous women who lived and worked in 1846 is on sale. Printed multi-piece cans are partially embossed. The snap-on lid is secured with a transparent foil strip prior to the first removal.

45 days of fresh scent in the bathroom removing it Procter & Gamble promises protection against persistent odors with Febreze Bathroom Freshener. The dispenser can be purchased in several fragrance versions, requires no electricity or batteries and is easy to set up. At the point of sale, it is placed in an upright blister, which is tilted back, giving you a direct view of the front and back of the upright plastic dispenser. After unpacking, the air freshener is activated by a firm finger pressure on the back. The dispenser body is made of 98% recycled plastic.