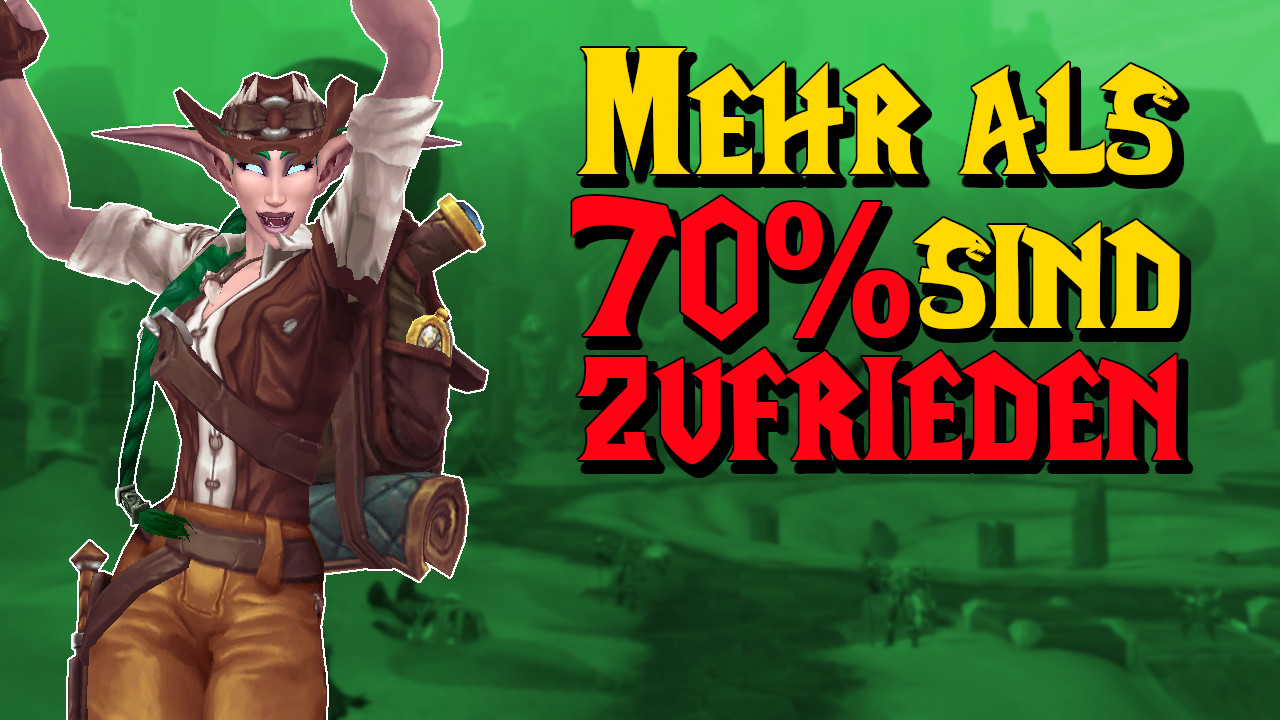 Most of you are enjoying World of Warcraft again – at least that was the result of a MeinMMO reader survey.

Patch 9.2 for World of Warcraft has been available for almost 10 days, and most players have already spent many hours playing Zereth Mortis. Particularly eager heroes have set foot in the new ‘Mausoleum One’ raid in the last few days – at least in Normal and Heroic modes, the rest will follow later.

A few days ago, we asked you what you thought about Patch 9.2: Eternity’s End, and over 1,900 of you took part in our poll. We present you the result – and it is relatively clear.

Because everyone who is currently playing World of Warcraft seems to be quite happy with this patch, at least for most of our readers who play WoW.

The result at the time of writing this article was:

We will always count the number of people who have stated “I am not playing WoW at this time” below. This way we get more reliable numbers when it comes to the actual number of players.

Over 70% of players are satisfied

The vast majority of votes go to a positive opinion. 53% of the votes cast are satisfied or very satisfied with the amendment. If you only take the current players, the value will go up to 72.5%. For example, Desten96 writes:

I like him very much. The only thing that bothers me are the annoying riddles. After all, I’m having a good time with WoW again, and I’ve also leveled up my other characters with the current add-on so they are ready for the next hopefully good add-on.

First of all, Zereth Mortis has been praised so far. This area is a significant improvement over Korthia, which has disappointed most players. There is a wealth of content, numerous rare enemies, and no need to grind anything – but an option to do so. If you want, you can breed more than 50 riders and fight animals. Deliberately or accidentally.

The raid, the Mausoleum of the First, has not yet been mentioned – logically speaking -. It’s only just opening up in different modes, and it will be several weeks before all players can at least get a glimpse of the LFR.

Not all are happy

However, for all the fun, the patch will not inspire all players. In total, 20% of the respondents (27% of active players) are dissatisfied or very dissatisfied – here the proportions are almost equal.

For these players, the patch is of course the continuation and culmination of a broken expansion pack, and they miss the next expansion, which will probably be around for a long time to come. There were a lot of negative votes, especially with the Facebook post related to the study.

After waiting so long, I’d like something more. It’s boring!

Others, of course, would like more variety than the “typical” MMORPG fare. This is how Birgit Freitel sums it up:

So it remains to be seen if the patch can take the long wait for the next expansion, but at least cross-faction play should be coming to PST soon.

Does your experience match the survey? How is the patch perceived by your guild and circle of friends?