(Motorsport-Total.com) – Spielberg was just a stop – like so many things in the lives of GT3 factory drivers. The ADAC GT Masters in Styria was located exactly between the Bathurst 12 Hours and the Nürburgring 24 Hours. When testing began on Thursday, the Bathurst finish was just 96 hours ago.

Markus Winkelhock (Car Collection), Daniel Juncadella and Jules Gounon (both ZVO) started their journey to the fifth continent – and were therefore quite exhausted. All three drivers comment on the related difficulties on Motorsport-Total.com.

“Of course you can notice the time shift, it’s stressful,” says Winkelhock. “But I’ve been used to it for the last few years, when I’ve always been on the road a lot. At 41, Manfred Winkelhock’s son is one of the most experienced GT3 drivers.

The “triple header” with 12h Bathurst, ADAC GT Masters Spielberg and 24h Nürburgring are definitely not enough. After the 24-hour race, the next highlight is the 1000km race at Le Castellet – in the highly competitive GT World Challenge (GTWC) Europe endurance cup.

But even that is not the end. All three drivers participated in the 24-hour qualifying session in the week leading up to Bathurst. And the week before, Juncadella was on another continent: he competed in the IMSA SportsCar Championship at the Laguna Seca Raceway in the GTD Pro and recorded the fastest lap.

America – Europe – Australia – Europe in the two and a half weeks window – jet lag as a permanent condition of the former DTM driver. He spent his 31st birthday on the racetrack. “I was sick for a day in Australia because the jet lag was probably too much for my brain,” he admits.

“One night [nach der Rückkehr nach Europa] I only slept an hour. I could sleep on it all day. I couldn’t sleep thanks to exercise. The race was harder than usual, but I got a really good night’s sleep. It gave me my energy back. “

Jules Gounon, who has been racing on weekends without interruption since the opening of GTWC in Imola on the first weekend of April, with test drives in between: “Of course, the jetlag is eating you up,” reports Jules Gounon. he was slightly ill. ” Until Paul Ricard, it was in continuous use for ten weekends.

And yet the best job in the world

Incidentally, all three drivers did their best to adapt to Australian time. “If you spend five days there, you have to change,” says Winkelhock. The only exception was Gounon who, due to his illness, tried to sleep as much as possible in Australia. 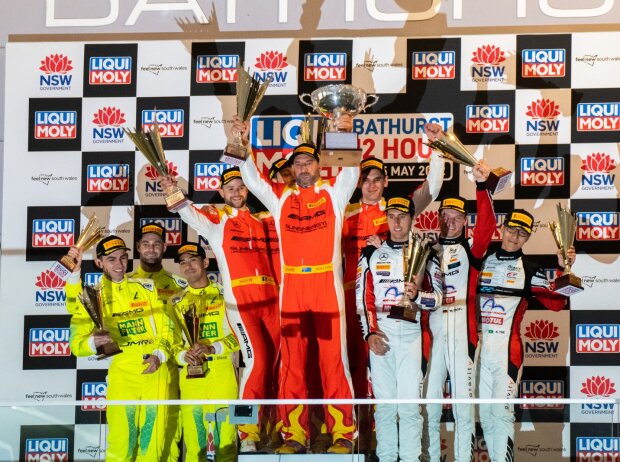 And yet everyone is sure: they live the dream. “It’s three fun runs in a row, it’s really fun,” says Winkelhock. Juncadella adds: “This … [Reisen] is part of the job. It’s fun to do so many races. I like this”. And Gounon believes he is “fully rhythmic, both in terms of traveling and driving.”

The trip to Australia was worth it for Gounon and Juncadella: the French won and the Catalan finished second. After numerous difficulties for all Audi, Markus Winkelhock had to settle for the P7. At the ADAC GT Masters in Spielberg, they were unable to repeat their podium places.

For weeks, other drivers in the ADAC GT Masters have also been active. Raffaele Marciello, Christopher Mies, Patric Niederhauser, Dries Vanthoor, Dennis Marschall, Mattia Drudi, Christopher Haase and Christian Klien were not at Bathurst, but attended the GTWC Sprint Cup at Magny-Cours the same weekend. At least without the hassle of time zones, but still a competitive weekend.