The DAB + network has been developing for years. Nine out of ten people in Germany can now receive DAB + at home, according to the German digital radio office. But just because digital radio can now be heard almost anywhere, doesn’t mean it is audible. Only one in four households has a DAB + device – so the technology has not yet caught on.

This is why the Digital Broadcasting Council, in which media policy, broadcasters, industry and network operators sit together, does not give a date for VHF shutdown. Nina Gerhardt, a board member of the Vaunet association, which represents German private broadcasters, believes that such a definition is not very effective for the radio genre as well:

“You have to imagine if people suddenly can’t receive their programs over FM radio anymore, they have to go out and buy a new device. And I don’t think everybody does it, and I think we would risk seriously reducing range just by making this switch. “ 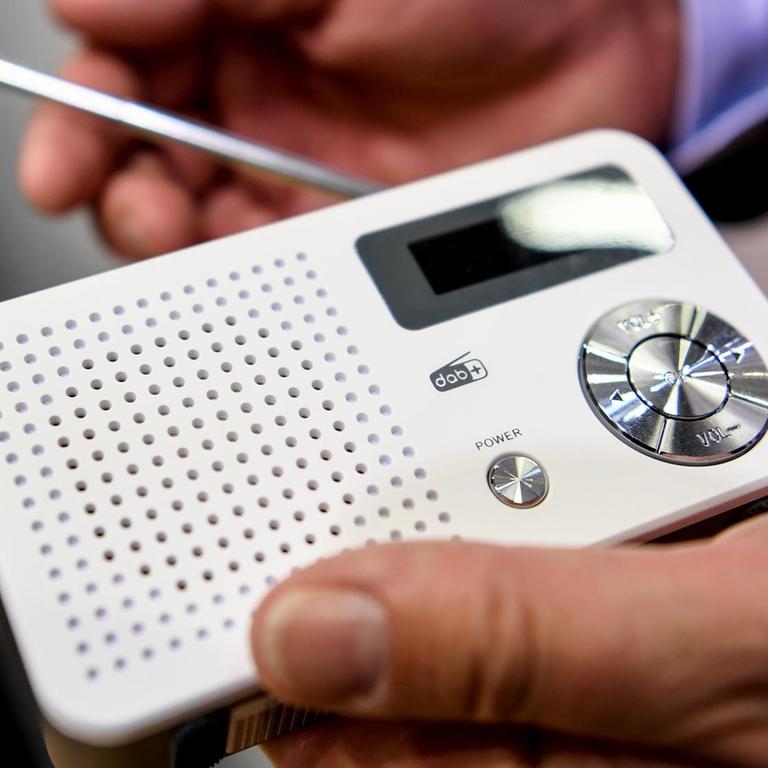 This post is part of a series “From Freelancer to Radio Standard: The Long Way of DAB +”. Why is digital radio not able to exist all over the world? What role does the internet play in this? When will VHF end? What can Germany learn from Switzerland and Norway? We answer these and other questions about DAB + in one @mediasres special May 13 at 15:30 on Deutschlandfunk.

For private broadcasters, less coverage also means less advertising revenue. Some operators are accordingly skeptical about investing in new technology. Vaunet is therefore asking for a subsidy from the public sector.

Not all private broadcasters support this requirement. Olaf Hopp, managing director of Energy Deutschland, prefers to talk about the business opportunities offered by digital radio. His group is one of the pioneers of DAB + in Germany. Nevertheless, Hopp also does not want a fixed shutdown date.

“DAB + will one day replace VHF, just as VHF once replaced medium wave. And I believe this is also a position with which private radio operators have since fully agreed: that private companies – each company for themselves – can make a decision: when to should I probably turn off FM broadcasting because I can reach audiences better and / or cheaper. via DAB + – and when I shouldn’t. “

Public service broadcasters are under pressure

Olaf Hopp assumes that the VHF will be operational until at least 2030. But while private companies want to make their decision dependent on how many listeners have already switched to the new technology, public service broadcasters are under pressure. They get most of their money from broadcasting fees, allocated by a specially appointed independent committee of the KEF.

Five years ago, he called for a deadline for the VHF. It is not profitable for a station to run two radio distribution channels in parallel. The KEF in its model calculations assumes that from 2029 public service broadcasters will no longer receive any money for FM broadcasting.

Therefore, marketing is high on the agenda of the Digital Radio Council. Broadcasting radio via both VHF and DAB + at the same time is simply expensive for a provider, says Rhineland-Palatinate Media State Secretary Heike Raab, who chairs the committee:

“But it would be a bold step to turn off VHF. That would require us either to be able to offer DAB + worldwide for digital terrestrial broadcasting or to make mobile Internet available worldwide, and that’s not yet possible: Where are you? If you can’t make phone calls in the car, you can’t listen to Internet radio in the car either. it’s just impossible. “

It may take some time for the VHF to actually shut down. Olaf Korte, who helped develop the DAB + technology at the Institute of Integrated Circuits. Fraunhofer in Erlangen believes there will ultimately be no standard shutdown date:

“Fade-in, fade-out will be more consumer-friendly. So you definitely start in places where you turn something off, where it doesn’t hurt too much. And in places where many people are still listening to FM, where there are many listeners, it will be possible to leave the basic transmitters on for a relatively long time. “

The milestone has been reached: from December, all new cars sold must be equipped with DAB + technology. This decision, based on an EU directive, has the potential to increase the audience size – and gradually get more and more broadcasters to switch.