Health: When it comes to care, the Algarve is at the forefront

Relatively good news for the Algarve when it comes to healthcare: The National Integrated Long-Term Care Network (RNCCI) registered around 10,000 hospital beds in 2021, 395 more than in 2020, but with “significant asymmetries on offer” between the various regions of the country. The Algarve has the highest ratio by population, with 1,275 places per 100,000 people aged 65 and over,
“There are still significant supply asymmetries in Portugal, with the Lisbon region and the Tagus Valley being the most under-supplied,” reads a recent Public Finance Council (CFP) report on the development of the national health system. in 2021. According to the document, the region of Lisbon and the Tagus Valley will have only 551 seats in 2021, compared to the national average of 684 RNCCI seats per 100,000. residents over 65 years of age.
The region with the greatest extent was the Algarve with 1,275 places per 100,000 inhabitants aged 65 and over, followed by Alentejo (1,102), Center (823) and North (611), according to an organization led by Nazaré da Costa Cabral.
According to the report, at the end of 2021, there were 15,778 places in the nationwide network, of which 64.2% were stationary beds. In 2021, almost 45,000 people were referred to the RNCCI, 48,700 people were admitted and cared for, and 1,300 people were on the waiting list.

Faro (11th), Portimão (12th) and Albufeira (22nd) are the three Algarve municipalities ranked in the 25 most attractive municipalities according to the 8th edition of the Bloom Consulting Portuguese brands ranking. The ranking analyzes the brand performance of 308 Portuguese municipalities in the fields of tourism, economy and talent in recent years. Lisbon remains at the top of the table this year, followed by Porto second and Cascais third.
The Portugal City Brand Ranking has been published annually by Bloom Consulting since 2014 and evaluates municipalities on the basis of three variables. The first analyzes all statistical data measuring economic, social and tourism performance, taking into account data from official sources such as INE and Pordata. The second variable is to analyze all global online searches on major search engines with Digital Demand – D2 © in order to understand proactive demand in all Portuguese municipalities. Finally, the third variable is the performance of the communes’ communication channels, ie their official websites and their pages on social networks. 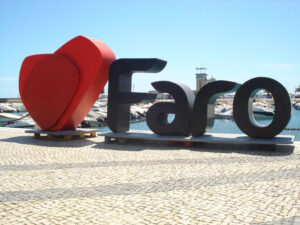 Organized by the Portimão municipality since 1985, the Portimão Sardine Festival has been named the best summer gastronomic event in Europe by the well-known tourist portal Big 7 Travel. According to the tourist website, “in addition to good grilled sardines, other typical snacks and entertainment focused on live music, the Portimão festival also offers the opportunity to learn about local customs and traditions, in particular through the historic reconstruction of sardine unloading”. During its last edition in 2019, the festival broke records, attracting around 100,000 visitors to Portimão’s waterfront over the course of five days. This year’s edition will be held on 3-7 August. The entire waterfront area between Portimão Museum and Old Lota will be full of fun activities, from handicrafts to sweets, with lots of street entertainment and music, including national artists performing on the main stage: João Leote and Marisa Liz (Day 3); David Fonseca (Day 4); Barbara Tinoco (Day 5); Wet bed gang (day 6); and David Carreira (Day 7). 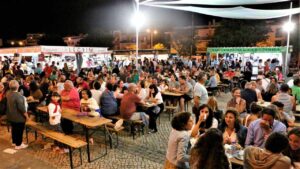 Low cost airline Ryanair has now announced three new connections to Portugal for the coming winter. There is a connection from the Algarve Faro airport to Frankfurt-Hahn, and from Porto there are flights to Strasbourg and Maastricht. As a result, Ryanair will offer “141 routes for winter 22/23 to and from Portugal, giving customers more travel options during the winter season and contributing to the development of off-season tourism,” the company says.

The demand for swimming pools increases by 200%

According to the analysis of the Fixando internet platform, the demand for swimming pools in Portugal in May 2022 increased by 200% compared to the same month last year. After analyzing 1,500 inquiries in the last 12 months, Fixando adds that despite the enormous demand, “the supply is very small and the prices for these services, excluding materials, range from 220 to 12,500 euros for new designs.”

Poll: The Portuguese are becoming more and more environmentally conscious

On June 5, World Environment Day, the European Report on Consumer Payments – ECPR, developed by the Intrum market researcher, was published. Here, 68% of Portuguese respondents said they would not buy goods from a company they know is harmful to the environment. This figure is higher than the European average of 52%. In addition, 69% of respondents said they eat more leftovers than usual, rather than buying new groceries to reduce their environmental impact. The importance of protecting the environment has become even more important with the impact of the Covid-19 pandemic, with 76% of respondents increasingly repairing and recycling old items rather than buying new ones. According to a survey by the Fixando internet platform, 64% of Portuguese people want to convert their car into a bicycle in the coming years. 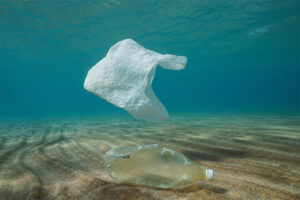 The Portuguese Consumer Protection Association (DECO) in the Algarve launched a video campaign last week to raise awareness of the importance of fighting food waste and changing consumer behavior. The video titled “Feeding Without Waste” provides information and advice “to raise awareness and help people change their behavior and deal with food waste,” explained Sandra Rodrigues of the DECO Algarve office. DECO estimates that each Portuguese wastes an average of 134 kilograms of food a year. According to the association, 89 million tonnes of food are thrown away in Europe each year, while around 1.1 billion people, or one sixth of the world’s population, go hungry.

News from the police and judiciary

Police arrested six men and two women aged 17 to 41 in Albufeira, Vilamoura and Portimão between June 2 and 4 as part of a crime-fighting operation in the Algarve’s nightlife neighborhoods. During the operation, 47 cans of cocaine, 138 cans of hashish, two cans of marijuana, a mobile phone and 580 euros were seized. 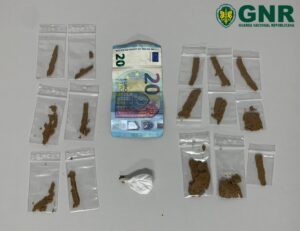 Vilamoura: Shots fired outside a nightclub

The young man fired several shots in the air on June 11 outside a nightclub in Vilamoura, reports Correio da Manhã (CM). After that, “there was a misunderstanding at the bar and the young man went to his car and took out his gun.” According to CM, the police were called to the scene and “were able to detain the young man who managed to shoot again.” 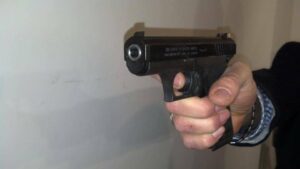 Police arrested three men aged 20 and 22 in Albufeira on June 7 for theft in Albufeira. Suspects threatened passersby with a knife in the street and stole cell phones. During the arrest, the knife and stolen telephones were confiscated. 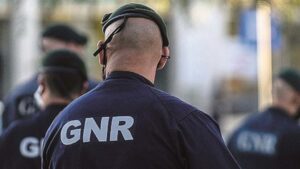 Loulé: The dealer’s pairs have been placed

The couple, 37 and 38, were arrested on June 10 in Loulé for drug trafficking as part of a joint operation by the Spanish Civil Guard and the Portuguese police. They came from Spain with a lot of drugs. Police were able to intercept and detain a couple of dealers on the A22 near Loulé. 39,317 kilograms of hashish – around 78,000 single doses – were seized during the campaign, along with 255 cans of cocaine, two cell phones, a vehicle and € 130 in cash. 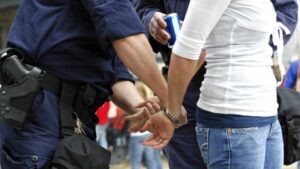 The Portuguese Sea and Atmospheric Institute (IPMA) has announced a maximum fire risk for around 60 counties in the country, given the persistence of heat waves. In the Faro district, the municipalities of Lagos, Portimão, Silves, Loulé, Faro, São Brás de Alportel, Tavira, Castro Marim and Alcoutim are the most at risk of fire. 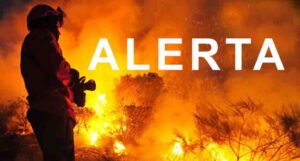