ANGENROD (ls). The joy of the children and caregivers was great when, after a two-year pandemic break in the Angenrod Nursery, it was finally possible to organize a great summer party. It was the premiere in two respects: it was the first summer event for the kindergarten manager Nicole Weitzel and for the first time the new green kindergarten shirts were presented.

After a two-year break, the Nursery in Angenrod was finally able to celebrate again: the long-awaited summer festival, a premiere in two respects, appeared on the program. It was not only the first summer event for Principal Nicole Weitzel, who has been running the Alsfeld Kindergarten since 2020, but also a special surprise for children in the kindergarten: uniforms, green T-shirts for children and teachers. 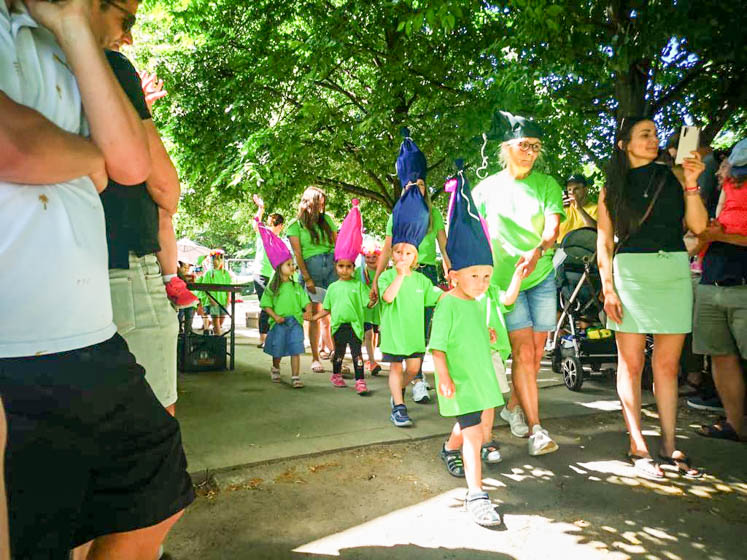 After the inaugural speech by the kindergarten manager Nicole Weitzel, the children came in with new T-shirts. All photos: Angenrod Nursery

“Actually, there should be a day care day on the occasion of the anniversary of the city of Alsfeld. Then the educators came up with the idea that it would be nice to have uniform T-shirts so that our kids would be recognizable at first glance – explained Nicole Weitzel. Said and done. With the help of parents and the three local companies Faust, Deisenroth and Sons and Franz Transporte as sponsors, the nursery green T-shirts were made.

“They should remind children of their time in kindergarten,” Weitzel said. Therefore, in addition to the child’s name, the nursery in Angenrod is also immortalized on it. You may soon see children in green t-shirts at the “Nursery Day” celebrating the anniversary of the city of Alsfeld. 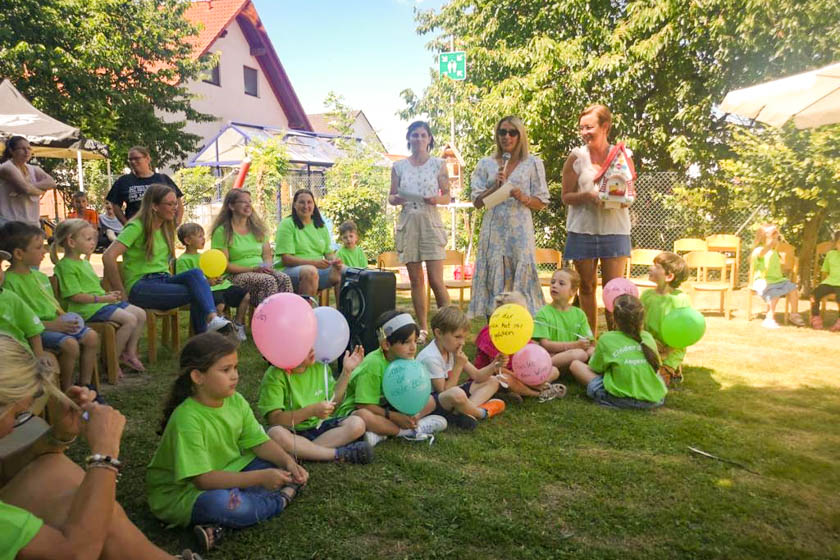 On that day, preschool children who will go to school after the summer holidays were said goodbye. “Your kindergarten journey is over and a new journey at school is beginning for you,” said Kindergarten manager Weitzel, explaining that it was nice to be able to accompany the children’s development over the last few years. They were said goodbye with a gift – the children also had something for the educators in their luggage: an aviary, which was set up right away.

But now the big summer event is on the agenda of the Angenröder Nursery, where the t-shirts for preschoolers were presented for the first time and their premiere was celebrated. Under the slogan “Growing up and growing up”, the children played, sang, laughed and danced outside the nursery in the best summer party weather.

“Growing up and growing up, that’s what our whole life is about, and especially for us in kindergarten, these two terms are of great importance,” explained Weitzel, repeating her words to welcome the summer festival. When a two- or three-year-old child comes to kindergarten, they have learned many basic things, such as eating, sitting, walking and talking. 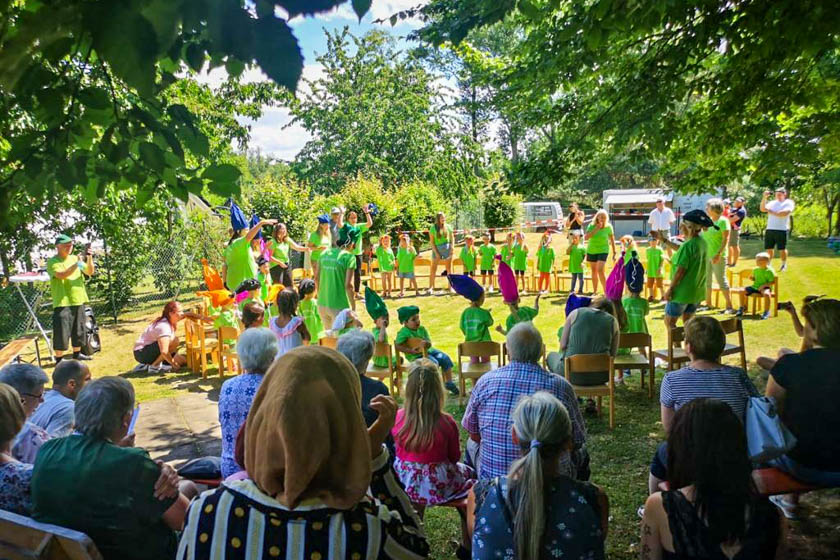 However, the child is not fully developed and preschool children should be able to further develop their potential skills and competences through basic needs such as security and autonomy, community and diversity, curiosity and reflection, appreciation and self-efficacy.

Parents were able to get an impression of it on the spot. A group of dwarfs performed a “giant dance for minis”, teddy bears prepared a dance on the theme “We are growing larger and larger”, a social song was sung, chaczaka was danced in kindergarten, and various play stations were set up around it, where parents could play with their children. the children could play. 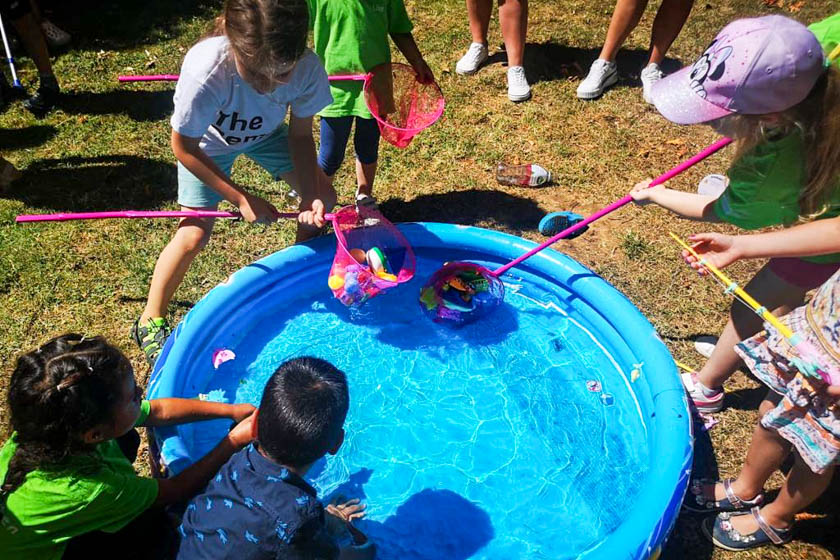 On that day, many games and activities awaited young and old.

There was rubber boot throwing, a wheelbarrow race, the sowing of fire beans, colorful flower corks that could be made and small paddling pools from which to fish all kinds of things, provided the necessary cooling in summer temperatures. There was a stamp on the button for each completed game. The ice cream truck had to be a special attraction for the kids, which provided a sweet surprise.

Sunflower contest for the 750th birthday

“The weather was perfect and the whole festival was really cool. You could tell from people that they were happy to finally be able to celebrate the summer party again, ”said Weitzel. The summer festival was not the first action of the Angenröder kindergarten. True to the motto “Wake up and grow up”, sunflowers were planted in May as part of the anniversary of the village of Angenröder, which children can watch as they grow and mature.

Much more experience from the Angenrod Kindergarten Summer Festival