At the long-awaited school festival, children, teachers and numerous festival guests had a varied and varied program.

A festival for young and old. But especially for the little ones.Photos: zvg

Much has been achieved under the banner of energy, writes the Matten School. And it took energy, not only literally but figuratively. A lot of commitment, passion and creativity were required from the students of the entire Matten school. Numerous stands, stands and workshops dealt with energy or energy production. Electricity doesn’t just come out of the socket. The effort was worth it! This was evidenced by various ideas regarding the approach to the motto.

Planning a celebration instead of school

The last week of school was more of a design week, the normal schedule was put on hold to prepare for the festival, and most of the stuff had already been sorted out by this week. There was a lot of drawing, handicraft, painting, pottery, rehearsing and practicing various productions; some of the small works of art delighted the public at the Moosschulhaus exhibition. 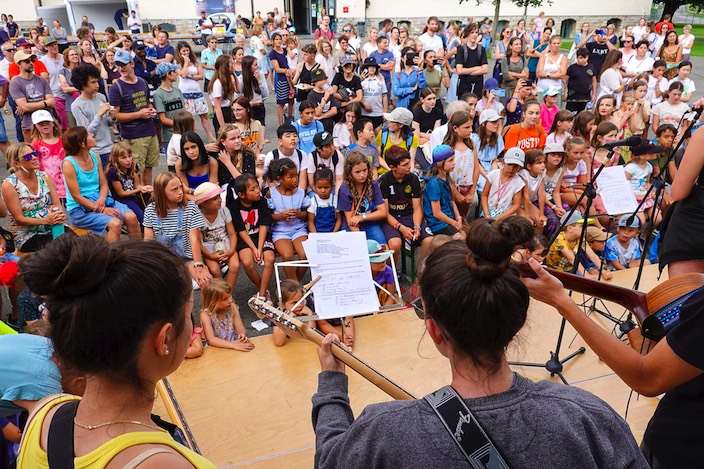 There was a lot of movement on the outdoor stage and in front of it.

Visitors participated in musical and theatrical performances and presentations in the attic or in front of the open-air stage at the fairgrounds. In the energy laboratory, it was possible to actively engage in experiments on energy production. Due to the wind, the Frisbee field was spontaneously transformed into an object for throwing balls. There were several craft tables for younger children. In attic 7b, he stood on the stage and entertained the audience with a play of positive and negative energy, which they wrote themselves. Follow bad seduction or turn to good? That was the question here. Completely taken from life.

The solar car race was very popular. The day before, the children competed in exciting qualifiers with their own solar cars to win the grand final on Thursday. The professional racetrack attracted crowds. A chocolate spinner and a basket carousel were also in demand. Hanging and digging also took strength and energy. In the photobox, you could immortalize yourself on the appropriate energetic background and take home a funny memory. Those who liked a little “terrible” were invited to solve puzzles in escape room 7a in order to regain freedom.

In junior high school, Velokino was used throughout the week in the classroom. To watch the film, viewers had to actively pedal and thus generate electricity, or energy, with their own physical strength. Eighth class heated sausages with their own solar stoves.

Outdoor scene with a rich program

There was a lot of movement on the outdoor stage. The festival was opened by an illusionist who illuminated the children’s eyes. The first and second graders then performed their beautifully rehearsed dance to the delight of many parents. They will surely receive applause. After the magician’s second appearance, the Formula S racing awards ceremony was eagerly anticipated. After the ceremony, the school’s ukulele group played on the mats, which rang in the ear canals. 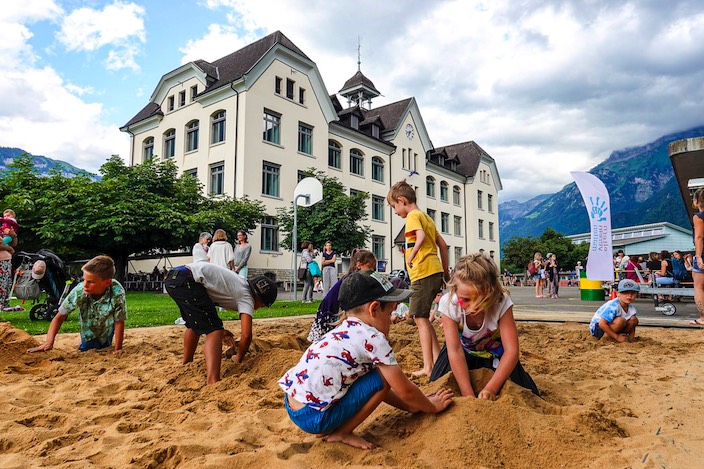 Some attractions did not require much preparation.

School Principal Jost von Allmen and Mayor Lisa Randazzo gave short speeches, summarized the past year briefly and thanked everyone involved for the great effort that made this great school festival a success. Finally, the ninth grade band swayed with familiar covers and their own songs that they rehearsed in music lessons. For those who left school, it was irrevocably the last effort of Matten’s school. Definitely the last “elementary school” stage fright.

What would the festival be without the festival? This is not the first time that Matten has benefited from the generous support of the Matten Parents’ Association. They ran the festival, fed the visitors with numerous delicacies, but also fed their thirsty throats well. Even a real pizza oven was part of the inventory. Many thanks also to the team of caretakers for their great work. A truly dignified and wonderful end to school for Matten, parents, children and teachers. The day was said goodbye at the full festival tables in a cozy atmosphere and in a good mood until late.